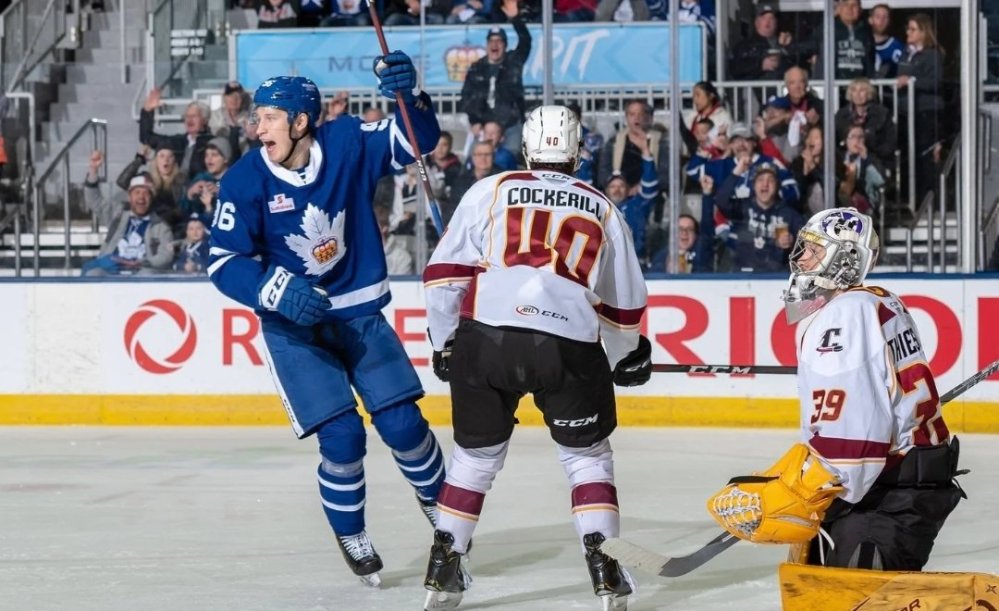 In 2016 The Leafs decided to go off the board and select 6’4 190LB winger Yegor Korshkov much to the displeasure of a lot of Leafs followers and analysts. With Alex Debrincat still on the board, a player a lot of people wanted, it came as a big surprise The Leafs took the Russian forward.

Korshkov would return to The KHL (Lokomotiv) for both his post draft season and last year where he would skate in just 71 games recording 11 goals and 31 points along with 5 additional points in 18 playoff games.

On May 3rd Korshkov made his debut for The Marlies and quickly began to draw attention scoring a goal to help lead the club to a 4-3 victory, he would go on to suit up in 9 total playoff games for The Leafs AHL affiliate.

Participating in his first Prospect Rookie Tournament in Traverse City Michigan, Korshkov as been given 1st line minutes playing along side 2018 Camp standout Semyon Der-Arguchinstev and Leafs 2nd round pick this year Nicholas Robertson.

In 2 games the line has combined for 9 points including 2 assist for Yegor Korshkov.

With his 1st Camp under his belt, expect The Russian to be a pivotal part of The Toronto Marlies offense this year.

View all posts by CGW