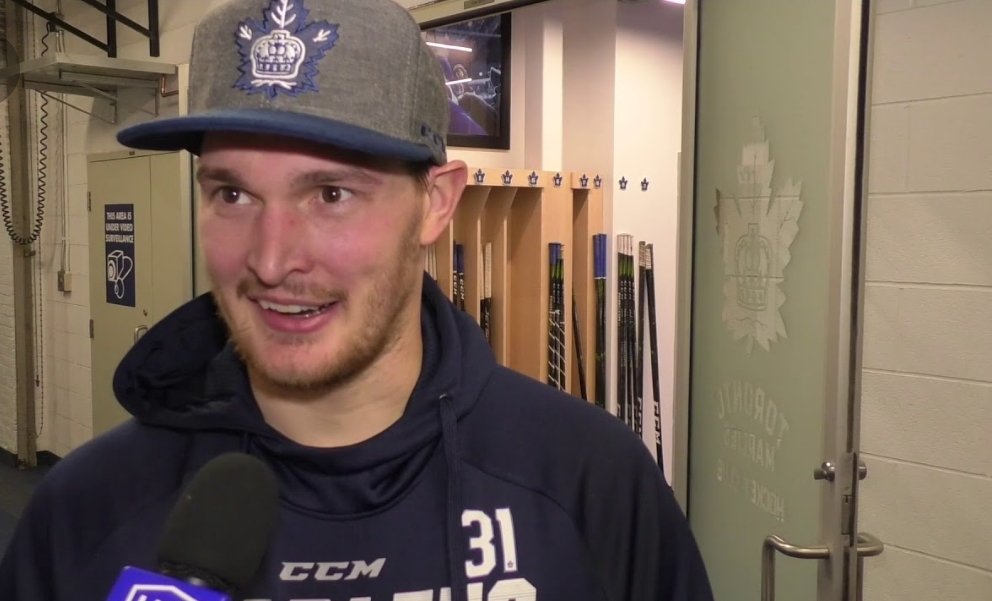 It is no secret the Maple Leafs made a mistake in September, one i’m sure Kyle Dubas wasn’t expecting.

When training camp came to a conclusion the Leafs had a decision to make between Curtis Mcelhinney, Garret Sparks, and Calvin Pickard. Controversially electing to keep the AHL goalie of the year and the youngest of the 3 in Sparks.

The next day Pickard and Mcelhinney were both placed on waivers with a sense from managment that one of the two would be claimed, however they would lose both as Calvin joined Philadelphia and Curtis to Carolina.

After a phenomenal start to the sesaon the bad luck continued in the crease as just days after Andersen was sidelined with a groin injury, Garret Sparks went down with a concussion leaving Maple Leafs GM Kyle Dubas no choice but to search for a netminder.

On Dec 29th Dubas found his guy aquiring Barrie ON native Michael Hutchinson from the Florida Panthers in exchange for a 5th round pick. Hutchinson would go on to start the next 5 games for the Maple Leafs and would post a .914SV% and 2.64GAA.

With both Andersen and Sparks back from injury Hutchinson has a new task, to find solidarity in the Toronto Marlies crease. It has been a revolving door since the first game of the season after losing Garret Sparks to the backup role and aforementioned Pickard and Mcelhinney right before the start of the season.

At just 28 years old Michael Hutchinson has a lot of hockey left in him and could be a mainstay with the Maple Leafs organization as a depth goalie. In 147 career AHL games he has a 77-50-6 record with a .920SV% and 2.48GAA.

Hutchinson has left a lasting impression on Maple Leafs fans in his short stint with the big club and has left a majority of the fanbase debating if he should be Andersen’s backup instead of sparks.

Only time will tell but as of right now he is well worth the price of admission to go see The Toronto Marlies.